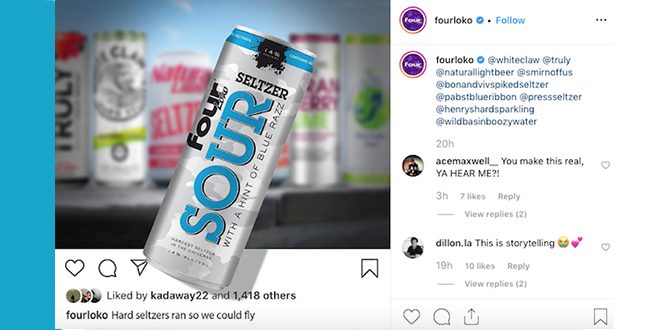 PBR and Natural Light rolled out hard seltzers with higher alcohol content this week; to which Four Loko replied, “Hold my Seltzer.”

It appears Four Loko just announced on social media that it is launching its own hard seltzer labeled the “hardest seltzer in the universe,” with 14% ABV — almost triple alcohol content of White Claw, the hard-seltzer industry leader.

Four Loko entered the battle for bros, who are crucial to the hard seltzer success wave with an ad that reads, “Hard Seltzers ran so we could fly.” God help us all.

Hard Seltzers ran so we could fly pic.twitter.com/g5ilBIyhl4

Strong struts. Stronger Seltzer. Our limited release will include Texas, Arizona, California and Montana. Don’t live in those states? Tag a friend you know who does. It’s a good way to let them know you’ll be coming into town. And that you’re making a date to grab some of our 8% ABV Stronger Seltzer. ?

NASA Watching Stadium-sized Asteroid As It Hurtles Toward Earth