I thought they weren’t going to let Rob Gronkowski touch the Lomardi Trophy after the 2019 Patriots win when he used it as a baseball bat… looks like they should have added Tom Brady to the “No Touch” list as well.

During the celebration boat parade in Tampa Bay Tom Brady tossed the coveted trophy OFF his boat… into the open arms of his teammates on Rob Gronkowski’s boat.

Here’s Tom’s view (speakers on if you want to hear his daughter yelling “Dad, nooooo!”

Here’s what the catch looked like from Gronk’s boat.

And from the side. It’s impressive, to say the least.

Tom Brady is having no problem becoming an authentic, real-deal Florida man. The Tampa Bay Buccaneers brand new quarterback was told to cut his workout short and leave a closed downtown Tampa park earlier this […]

Professional football in Florida just got a whole lot more interesting. The New England Patriots have agreed to trade Rob Gronkowski to the Tampa Bay Buccaneers. Pending a physical, the tight end will be reunited […]

By now you’ve seen Tom Brady toss the Lombardi trophy from his boat to his teammates on another boat… but did you see him POST parade? It’s obvious that he had quite a bit to […] 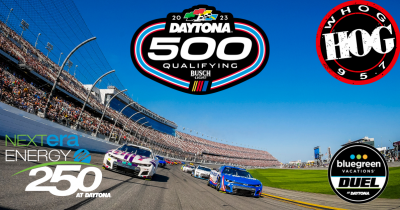